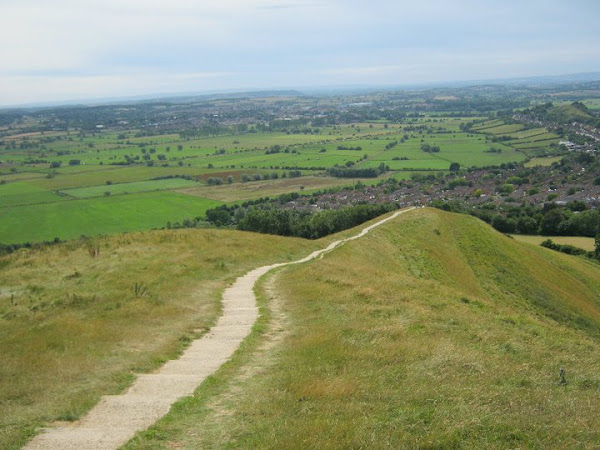 I Really AM Writing!

I have re-joined Writers Village, and the free class began on January 5. I'd completed this class years ago, but thought it would be a good warm-up to get back in the swing of things. I'm really enjoying it, although a bit stressed squeezing that in between show rehearsals, work, family and the Rhet II class I'll be starting this week What's one more thing, right?

On a positive note, we're almost through registration hell at work. I did three 12-hour days last week, and one more this coming Tuesday, then things at work should slow down considerably. Time to catch my breath!

Today's post is simply a sharing of the first writing assignment for the WVU/F2K class. If anyone reads this and is interested in more info about WVU, the website is www.writersvillage.com.

The first assignment instructions: Have a character you have created tell us a little about you. Have them give us a view of you that we wouldn't normally see (why they think you created them, how they feel about you, what you put them through in your writing, etc.) If you haven't already created a character, then go ahead and create one for this assignment. Word count limit 500.


The lady is fat. It is a simple fact. She is fat. She has wild dark hair. Last season, her hair was orange. (I do not know why humans insist on calling that color red. It is so clearly not red.) I think she has a nice smile. Her eyes, though, are her best feature. The color moves from a ring of gray to blue to almost green in the center. They are pretty.
I am Botune, Elder and High Scribe of the Te’vari, a people dwelling on land and, as we mature, in the oceans. As High Scribe, I am compelled to be honest in all things. That is why I write that she is fat. It is the first thing one sees, though, oddly, with familiarity, this first impression fades. It becomes the smile. That wild hair. The eyes. She hears this from many of her human acquaintances. She tells me she is abundant, and that all souls are perfectly shaped.
Her name is Jeanne, and years ago she created me, a central character, as part of a group writing project. The foundation of the project was an earth-like world. Each writer was to build a civilization existing on this world. From there, they would begin writing how their peoples interacted. Creation. Building. Passion. Trade. Spirituality. War. Power. Relationships. Devastation. Triumph.
It was a grand plan. It did not come to fruition. So, on a perpetual evening, I sit in my small cottage on an island in a northern sea, savoring the warmth of a crackling fire, poised to journal, a gull feather quill, tip wet with purple-black ink, ready in my cool webbed hand.
My maker has difficulty with discipline and follow-through. (She was not the only one in that group of writers to suffer from these particular weaknesses. To her credit, I exist yet in a bubble of hope that one day she will resurrect my story and see it through.)
The lady loves words. She reads voraciously. She favors fiction. Any type, as long as it is gripping and written well. A brilliant turn of phrase causes Jeanne to catch her breath. She savors it, turns it over and over in her head and on her tongue. Ultimately, she forces it upon anyone nearby, believing that everyone really must share her admiration of words placed so perfectly upon the page.
Here is a dark secret. She thinks less of those who do not embrace the beauty of language or respect the written word. She despises the current trend of shortcuts and abbreviations. If it is worth writing, write it correctly and well, be it a poem, a book, a letter or a text message. She is a dreadful snob in this regard.
My fingernails have gone a bit blue as I wait for Jeanne to set my hand free to its task. I am patient. I have faith. Now she must find faith in herself. And discipline. Stoke the fire.
We believe.
Posted by Jeanne/Jeanze at 9:57 AM